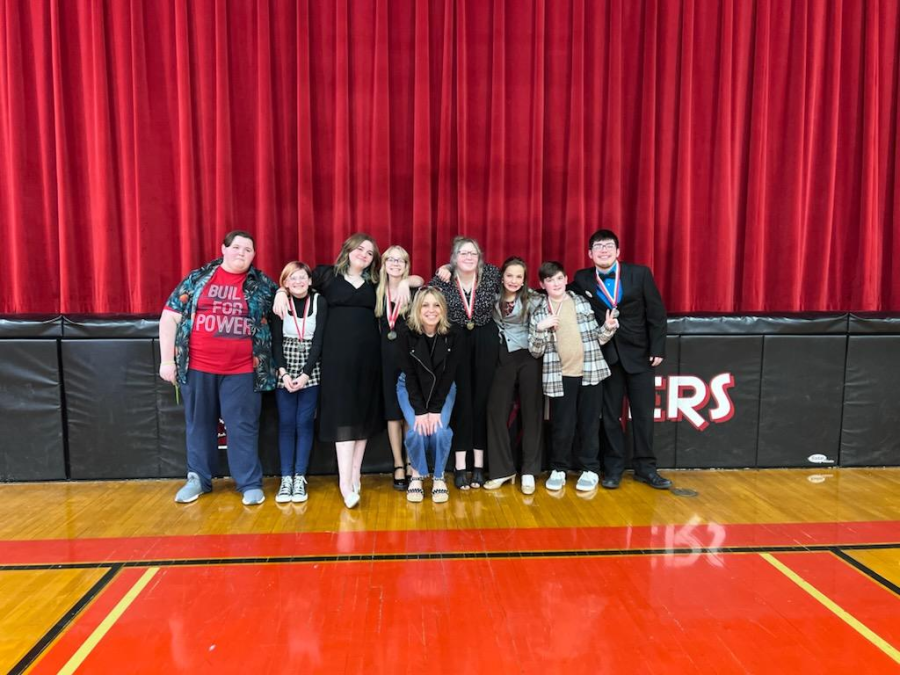 The Fair Grove Middle School Speech and Debate Team attended The Ozark Speech Tournament on April, 9th. This was one of their first competitions of the season and was very successful.

Students who competed were very successful at the tournament. Many of the members did well enough to break into finals and some competitors even won events. One of these competitors was Keith Nolan (8) who competed in multiple events at Ozark.

Nolan has been in speech and debate for four years and is used to competing in large tournaments. At the April 9th tournament, Nolan won first place in prose reading and got second place in informative speaking. “I have been rehearsing in my personal time and making sure that I perform my pieces to the best of my ability,” explained Nolan. His hard work and rehearsal has only just begun and he expects to push himself just as hard throughout the season.

Nolan isn’t the only competitor who has been preparing their pieces for tournaments. Alyssa Faubion (8) also had an impressive performance at Ozark. Faubion is a returning member of the middle school speech and debate team and is another performer who has had a lot of competitive experience. Faubion placed first place in duo interpretation with Mackenzie Jenkins (8) and won second place in improvisation. “The April 9th tournament went very well. I felt a little bit nervous at first, but once I actually started performing my pieces most of the nervousness went away,” shared Faubion.

Nolan is also working to get better on his pieces in preparation for future tournaments. Nolan stated, “I am very excited for the rest of the season because it gives me a chance to improve even more than I already have and see my growth in my pieces and characters.”

The next middle school speech and debate tournament will be at Fair Grove on April 30th.