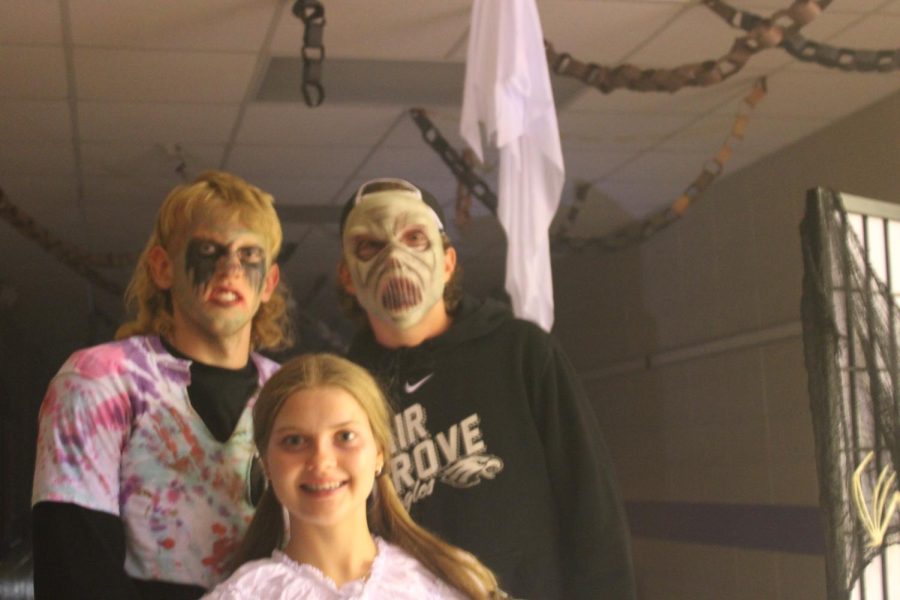 The Fair Grove High School Student Council is already preparing for next year by getting things in order and holding elections.

StuCo, also known as Student Council, is a student organization led by one of the high school math teachers, Michael VanCleave. StuCo organizes things for school dances, school carnivals, pep assemblies, and other school sanctioned events like the monster mash that was held in October.

The student council has an election process in which the entire student body will vote who is on the cabinet based on the grade they are in. Student council member Brigid Woods (10) explained, “The main purpose for letting the student body to vote is so they can be as involved as possible. StuCo puts on multiple events for the student body and they should be able to choose who they think the best person for that job should be.”

If you want to be in StuCo you need to have a good mentality and have desirable traits. Evyn Jones (10) noted, “I think the most important trait to have to be a good student council member is to be friendly with all sorts of people. At school there are lots of different groups of people and you have to be able to converse with all of them to be a decent leader/member.”

The students will vote on who they chose as their class representative. VanCleave reveled, “I use a google form that allows the students to vote anonymously (so they don’t feel influenced) and the system only allows each student to vote once. Google forms also count the votes, so there is no question of a counting error.” All of those chosen will apply and have a vote within the student council to choose who will be on the council and where they will be placed on the council’s cabinet.

The StuCo election date has not been set yet but should take place within a short amount of time and in the very near future. They will be advertising by sending emails as well as talking over the school intercoms during 8th hours and early mornings.