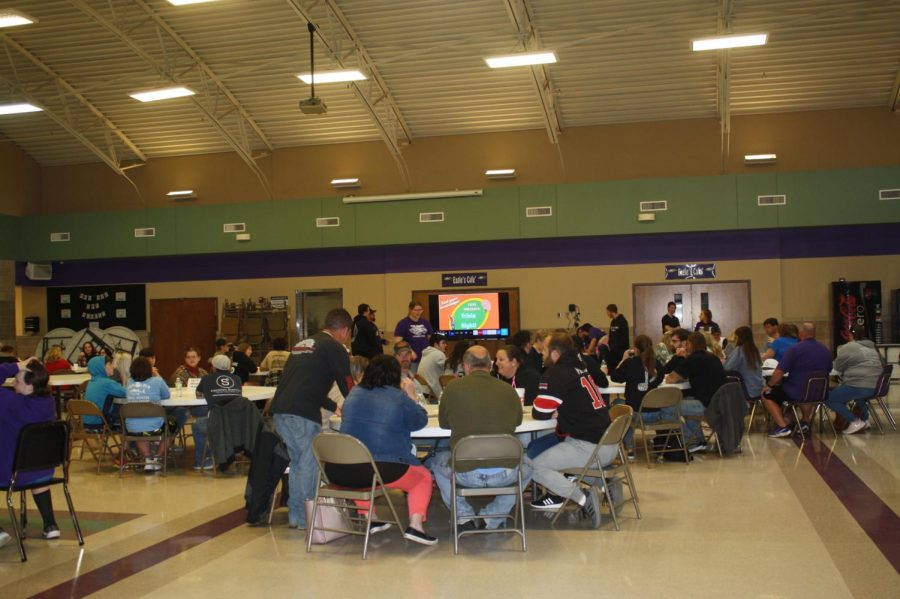 The Trivia Night took place at 6:00 PM on April 15, 2022, with Fair Grove’s scholar bowl and band collaborating to make it a spectacular event.

This collaboration is born from a shared love of trivia. Natalie Palomo, Fair Grove band teacher, said, “I wanted to do a trivia night fundraiser and found out that the Scholar Bowl team had been thinking about it as well.” Thus, Trivia Night was born.

Scholar bowl with Michelle Wahlquist leading them will be overseeing the finer details of competition, while the band contributes with advertisements and refreshments. Braden Booth (11), a member of the Varsity Scholar Bowl Team, stated, “The competition will be between anyone who wants to participate. How it works is that you buy a table and can bring up to eight people.”

There were eleven teams registered early, but walk in teams were welcome. There were fourteen  total teams. The cost was $50 a team and anyone was invited, meaning you did not need a student on your team to compete. Each team was given a paper with trivia questions on it. They collaborated to answer as many questions as they can. At the end of the night, the team with the most correct answers won.

Scholar bowl will not bring any teams. Booth explained, “…at certain points, a scholar bowl player will be “auctioned off” and that player will help you for a round.” This will help level the playing field.

Both band and scholar bowl will use the money raised from the event. Palomo stated, “The band can use the funding to buy new music or to offset costs that will come up for marching season.” On the scholar bowl side of things, Booth explained, “We are very excited to put this on, as it will be a fun event and will fund our trip to Small School Nationals in Chicago.”

In many instances, you don’t have to be good at something like trivia to enjoy it. Palomo noted, “I’m really excited! I suck at trivia but I love trivia nights, and it should be a fun event.” There will also be games aside from the trivia to play, like heads and tails.