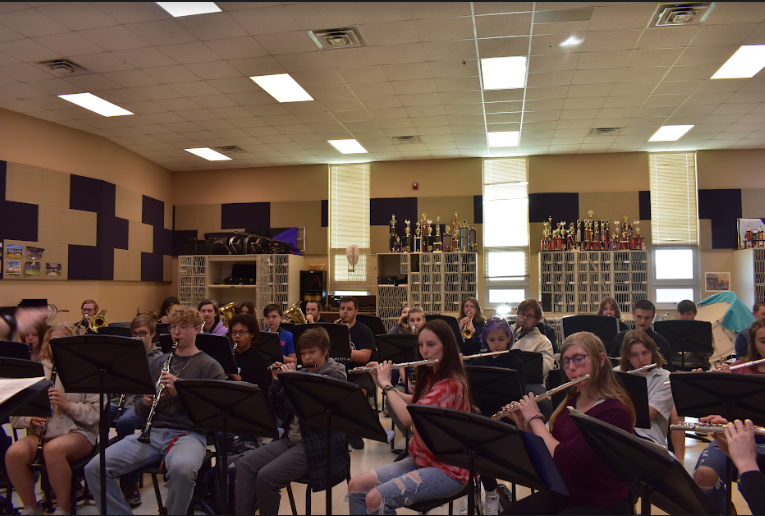 On March 8th, Fair Grove High School Concert Band attended State Contest at Camdenton High School against a multitude of other high school bands in the state and returned with a winner score.

The band has been practicing and rehearsing in preparation of the state wide band ensemble. The ensemble is a competition between high school bands throughout Missouri. The bands are judged on a point system of 1-5, where 5 is the worst and one is the best; the less amount of points means the better the performance.

The band competed with two pieces that they have been working on since Christmas break. The first piece is The Show Piece by Richard Bowles. The second is Invicta, an overture by James Swearingen. Performing prepared songs was the first part of the competition.

The second part of the competition was called sight reading. This is where students get a limited amount of time, about seven minutes, to look over a new piece of music and then perform it to the best of their abilities.

Due to COVID-19 protocols, there was no competition last year that the band could compete in. This gap of competition added another level of challenge to the band members. There were now two grades of students that had never competed in this specific state competition. For those who had, they hadn’t gotten the chance to refresh in over a year. Natalie Palomo, the band director, explained, “There’s always room for growth, and we receive judges’ feedback for our performances which is invaluable as we continue to push ourselves to play better.”

The Fair Grove High School Band left the competition with an overall score of 2. Some of the band members had trouble believing this, like Nicolas Hamp (12), who said, “My fellow band members and I believe we didn’t deserve this. The playthroughs of our two competition songs, The Show Piece and Invicta, weren’t nearly as good as they could have been.” Despite the challenges presented to the Fair Grove Band, they succeeded to bring home another great score for their school.