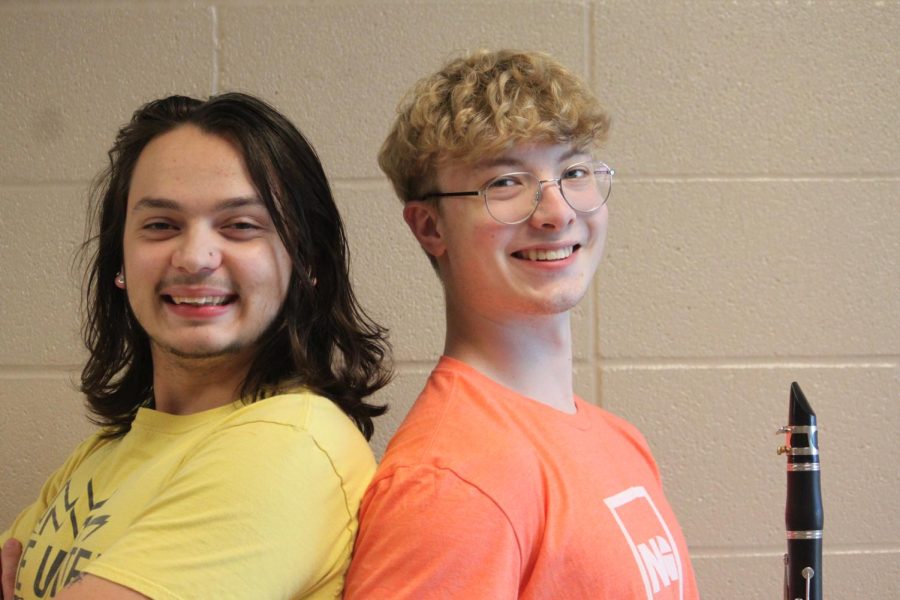 Beltz and Hamp practiced a great deal to get where they are and prepare for state. Hamp practiced piece his clarinet everyday for 30 minutes to an hour. Beltzs has been working on his vocal piece since January, and more recently with the accompanist Cindy Sparks every 8th hour on Wednesdays and Fridays.

Hamp preformed Chrysalis by Gustave Langenus on clarinet. This is the first year he has made it to state solo and ensemble.

Beltz preformed German piece Widmung by Schumann and English piece He that Keepeth Israel by Schlösser.

Band Director Natalie Palomo, Choir Director Audra Harmon, Sparks, Beltz, and Hamp journeyed to Columbia, Missouri the day before their competitions; both their performances were held around 8:00 AM. “We will perform at the Mizzou campus, where events are being held in different buildings,” Hamp explained. The performanes are scheduled similarly to districts, so the process will be the same on a much larger scale.

Nerves tend to run higher at state competition, and soloists must learn to perform under pressure. Beltz noted, “With every performance I get nervous but in the end I am happy I did it. With this I am a bit more nervous than usual, but I keep reassuring myself that I made it to state for a reason.”

State solo and ensemble also marks an end of Hamp and Beltz’s high school music careers. They have both benefited from and enjoyed the music programs at Fair Grove. Beltz confirmed, “I have enjoyed how close I have gotten with those around me in the program. I will miss seeing everyone at 6:45 am for marching rehearsal. In the end it was hard work but it made me who I am today.”

Similarly, Hamp reminisced, “I’ve enjoyed the family I’ve gained from band, as well as the dumb inside jokes we’ve had. I’ll miss performing with my best friends the most.” Beltz and Hamp both plan on pursuing music in college. Hamp plans to study electronic media production and music production after high school, while Beltz will study music education.

Solo and small ensembles are unique in scoring and placement with students playing pieces of their choice and being ranked from a one to three, one being the highest. There are no limits to how many students can receive a on and those who do are not compared or ranked against each other. Only students who obtain a 1 ranking are eligible for state. This is a perfect or nearly perfect performance that Hamp and Beltz obtained at districts.

Hamp secured a 1, receiving a gold medal, and Beltz received a 2, receiving a silver medal. Hamp performed his solo in the Fair Grove Spring Concert on May 5.