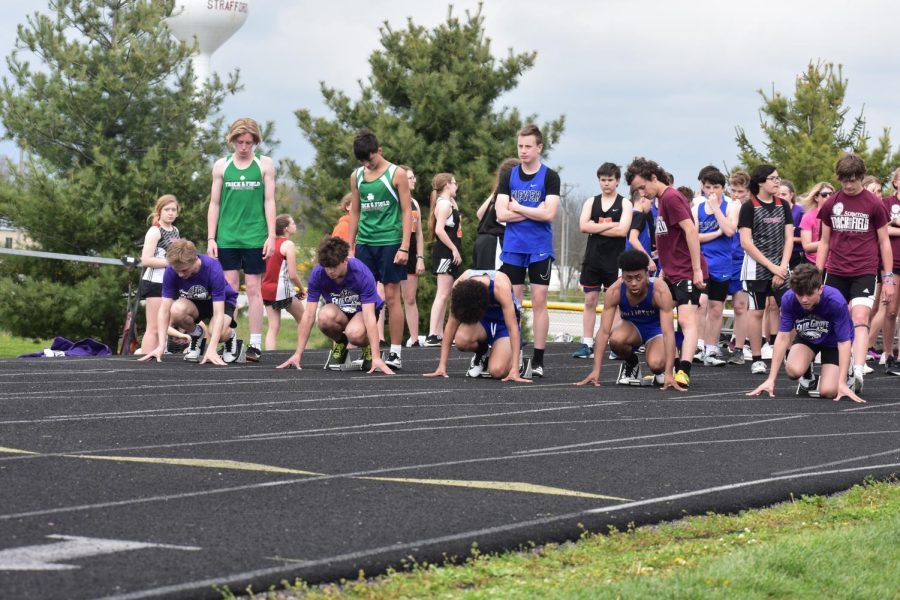 With summer approaching, middle school spring sports are coming to an end. For Fair Grove that includes baseball, softball, and track.

For the 2022 middle school baseball season the Eagles have worked extremely hard during practices and games. When asking how the season went for them, Bill Voorhis, the Eagles baseball coach, explained, “We have gotten better each week and we are playing well right now.”

“A 1pt victory over Strafford has been the most exciting part so far,” Voorhis shared. There is a lot of growth that takes place during a sports season and that goes all the way down to the individual level. Voorhis shared, “Our most improved player so far this year has been 8th grader Gavin Bills. From last year to this year Gavin has improved immensely.”

Voorhis also shared, “Our most vocal leaders have been Macklen Johnson (8), Wyatt Hallam (7) and Harrison Martin (7).”

For the 2022 softball season, the coach, Samantha Orr shared, “This has been a challenging season with the weather. We have had several games canceled, one game we were in the FEMA for an hour and half before calling off the game due to bad weather. Other than that, it has been a good season!”

There are many accomplishments that teams face during their seasons. Orr explained, “We took 3rd in the Morrisville Tournament and we are rated #1 going to our MLC championship tournament this weekend.”

“Every player has shown growth this season. When we play the second game of the night, many girls find themselves learning to play a new position and they have done a great job of doing so,” Orr said.

Leadership is very important in everyday life. However, its especially crucial in sports teams. Without good leadership, teams are left with disorganization. Orr explained, “We do not pick captains or assign team leaders. We believe that every person is a valuable member of the team and has the opportunity to be a leader. Leadership is not one role or person. However, Brenna Boatwright, Leila Huff, Shayla Haddock, and Addyson Nunley have been vocal leaders throughout practices and games.” The softball team practices everyday after school unless they have a game.

The middle school track teams season is also coming to an end, and the coach, Marc Green, is pleased with how their season has turned out. Green shared, “Our MS Track team has seen a lot of success so far this year. We have our conference meet this year and expect to have quite a few athletes win conference in their individual events.”

“Dylan George has done an awesome job this year leading our boy’s team. We also have a really talented group of 7th grade athletes who have been fun to coach all season. We practice during the week for a little over an hour after school. Our practices consist of a mix of running and field events practice,” Green said.

With the 2022 spring sports season coming to an end, there are always high hopes for next season.