Lady Eagles Step Up to Plate Against Strafford 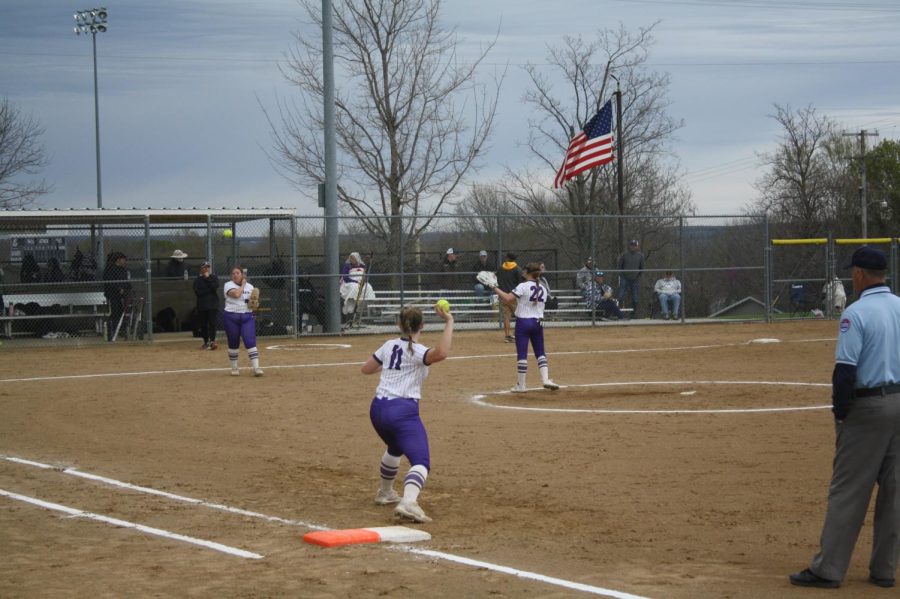 Fair Grove High School’s Softball Team warming up during a game against Pleasant Hope on 4/19. (Photo provided by Savannah Ipock.)

The Fair Grove High School Softball Team is breaking patterns and exceeding goals, winning a rivalry game against Strafford for the first time in years on Monday, April 4, 2022.

This win boosted the morale of many girls on the team. Stormi Smith (9) mentioned her favorite part of the softball season so far was winning their game against Strafford. Smith shared, “I think our mentality was a big part of the win, we have worked really hard on our mentality and practiced very hard every day.” Smith feels the season has been very successful and is going well, despite minor bumps along the way.

Hannah Morris (11) shared that she felt the season has been very successful. The team chemistry has made tremendous growth and progress and so have they physically. She added, “ Our team is very coachable, especially the freshman. With us adjusting those little details have made a huge difference in the big picture on the field.”

The girls have been putting in countless hours of work to achieve this win. Morris commented, “After losing two times in a row before the Strafford game we knew that we had to step it up and show up. Whetzell kept telling us that we were going to have a breakthrough. We did and felt so much relief and joy after that game and carried that high throughout the rest of the tournament.”

Daily practices leading up to this win included warm ups including jogging, stretching and agility. Morris explained, “After that we start our ‘Dailies’ where we break up into infield and outfield.”  The team finishes off with practice with what they can a “practice plan” which is usually something that will prepare them for an upcoming game or something from a previous game that they could improve on.

Morris shared, “Our practice environment is very fun and upbeat. We all have lots of hopes and goals for this season that we hope to accomplish.”

Morris mentioned, “The team had a scavenger hunt where they split into teams and received a list of things they had to collect and take pictures of around the town. Another favorite memory is beating Strafford. We were all locked in and gritted out the win.”