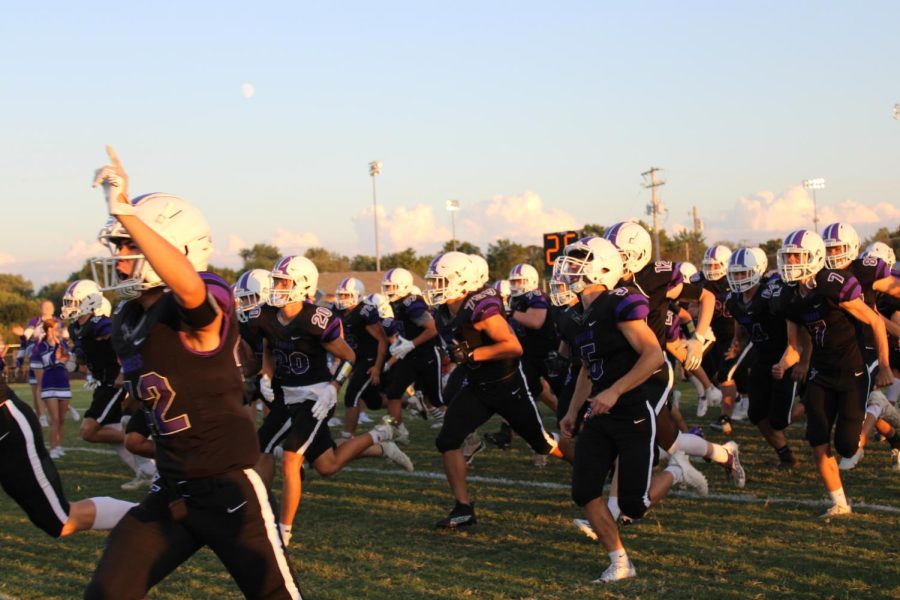 Fall sports takeoff at the beginning of the school year, however the off season starts much earlier, at the start of summer.

At Fair Grove there are a large number of athletes who do work for their fall sports including football, boys soccer, cross country, cheer, and volleyball. These sports often do early morning practices to combat the heat and give students availability for their busy summer schedules. Practices usually take place during the months of June and July, and official fall sport practices start in early August.

Football will be doing practices throughout the summer, beginning on May 31st. Jackson Martin (10) said, “We will be doing various forms of conditioning and weightlifting.” The team is doing a camp at Evangel and is possibly doing other camps.

Cross country starts on May 31st and goes till June 29th. Runners start practice early to avoid the heat. Throughout summer practices differ from starting at 6 am to 8 am and last for half an hour to an hour. Caitlyn Wilson (10) said, “I’m most excited about cross country starting up again and that we have more people this year.” To prepare for their upcoming season cross country runners slowly add on miles to build up stamina and strength and the past few years runners have started working in the weight room to build muscle.

Volleyball will be doing over summer weights as well as several team bonding activities. In past years they have gone to an SBU camp, a Branson camp and a lot of team dinners.

Cheerleaders will continue their practices every Tuesday and Thursday and will be doing a UCA cheer camp in June.

A lot of sports require students to do summer sports to get prepared for their season. Hannah Maxwell (10), a varsity volleyball player, explained, “Our workouts begin this coming Monday and June 30th will be our last day of morning weights.

While summer is a time for students to take a break away from their school responsibilities, and enjoy hanging out with friends, sleeping in and staying out, many students still have to find time for their sport. Jackson Anderson (9) explained, “It usually isn’t that hard to mix summer sports into my personal life because I am not that busy, but sometimes when something interferes with other things then I usually put sports first.”