Raising the Curtain on Leroy Barker 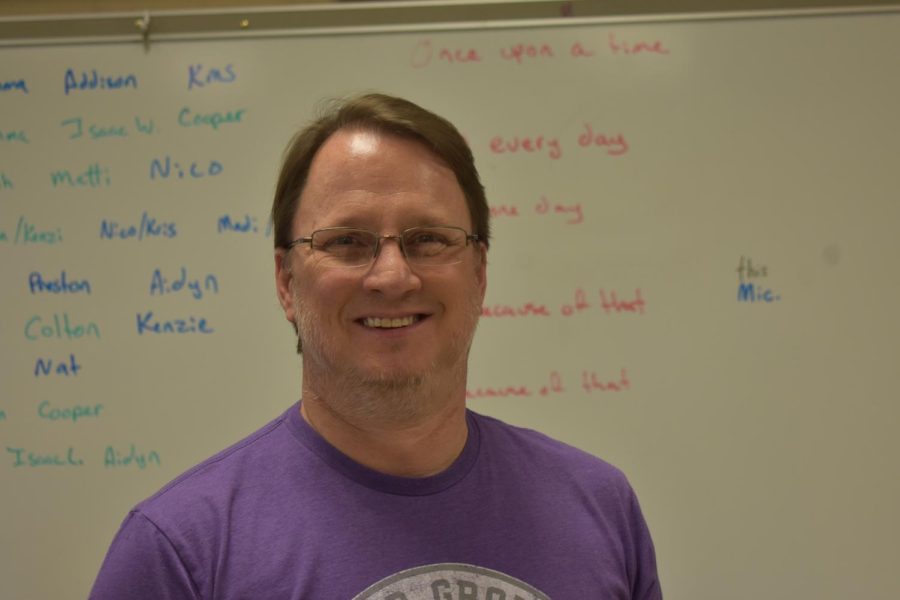 Fair Grove Schools have welcomed the newest addition to the Drama Department: Leroy Barker. This is Barker’s first year teaching.

Mr. Barker started his education by attending Ozark Technical Community College where he received multiple degrees, some of those being an Associate of Arts, Associative of Arts and Teaching, and Associative Interdepartmental Studies. Barker also attended Missouri State University where he got his Bachelor of Science in Education.

“I got my Bachelors of Science in Secondary Education with a speech and theater emphasis, and I’ve gone halfway through a master of arts in educational leadership at MSU as well. One thing I don’t have is my Bachelors of Fine Arts. My education was very focused on education and less on the art of theater,” said Mr. Barker.

Barker has lots of experience with theater. He recalls that he was mainly just a tech worker during high school but did do some acting. “I was a theater kid in high school with lots of tech theater. I did a little bit of acting in school. I did win best actor in all the city once,” explained Barker.

He added, “I’ve worked on a lot of stuff at OTC and MSU. I also was the stage manager for ‘Thriller on Main Street,’ and a travel magazine listed it as the largest reenactment of Michael Jackson’s ‘Thriller’ in the country.”

Barker shared the struggles he’s had since taking the role as the new drama director, “Adapting and advising the classroom culture has been the hardest part, I’ve heard many times, ‘We don’t do that in here,’ but this is a different class.”

Barker shared his hopes and goals he’d love to see in the future of the Fair Grove Theater Department. “I’d really like to see a designated area for the theater department,” he added. Another goal Mr. Barker has for the rest of this school year is to get to know and connect with the students and other teachers.

Student Cooper Zumwalt (12) stated, “I admire Coach Barker quite a bit. I enjoy how he is bringing new life and ideas into our department and classes, and I am excited to see how my peers and I grow as the year goes on.”

Zumwalt also shared how Mr. Barker is teaching in a different way than he had ever been taught before, “Things around our classes and department are definitely different than they were in the past. In classes, we are learning coursework in a style that very much differs from the past. Although both of these styles have their advantages, it is neat to learn in this style that I have not yet experienced.”

Fair Grove theater will begin hitting the stage November 18th, 19th, and 20th, with the Broadway musical, Matilda Junior. This will be the first musical of the year and Mr. Barker’s first musical as the director at Fair Grove High School.