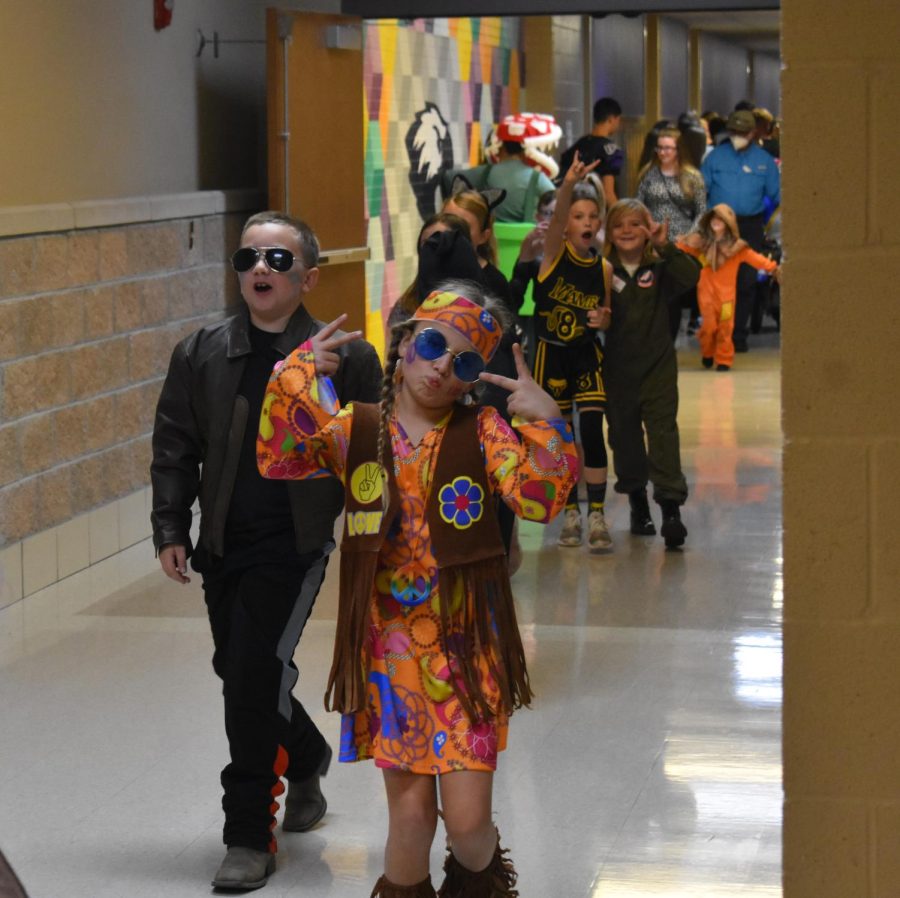 During the Halloween parade, students from the elementary school march through the middle and high school halls wearing their Halloween costumes. Students stand on either side of the hallway to watch and applaud the younger students’ costumes, until all elementary students have had the opportunity to follow the march throughout the entire high school building.

“My 4th graders aren’t difficult to march around the building,” said Angla Hollingsworth, a 4th grade teacher, “they enjoy seeing the younger students’ costumes and they love getting to go to the middle school and high school, too!”

In addition to the march, elementary students are treated to a Halloween party from 1:30 – 2:30 in their classrooms. Hollingsworth explained that there are tons of toppings for these ice cream bars, games, and movies.

Students watch Charlie Brown and the Great Pumpkin in the spirit of the holiday. Games include students wrapping one another in toilet paper to see who can be the best mummy in the limited time given. There is also a pumpkin carving contest in the classrooms- with close supervision.

Even with the classroom parties, students tend to enjoy the parade more. Jax Jones (4), shared, “I had an inflatable costume that I put on when I got to school and then I wore it the whole day, even at lunch and recess. I felt very nervous, but was still excited. I always like getting compliments.”

This Halloween parade is the first after a two year hiatus. Due to COVID, in the years 2020 and 2021, students weren’t allowed to gather or parade in the hallways in order to protect their individual health and safety. Since this is the first time it’s happened in two years, young students were especially excited for it. “All of my classmates were excited to walk through the school,” confirmed Jones.