Jr. Scholar Bowl Is On A Roll 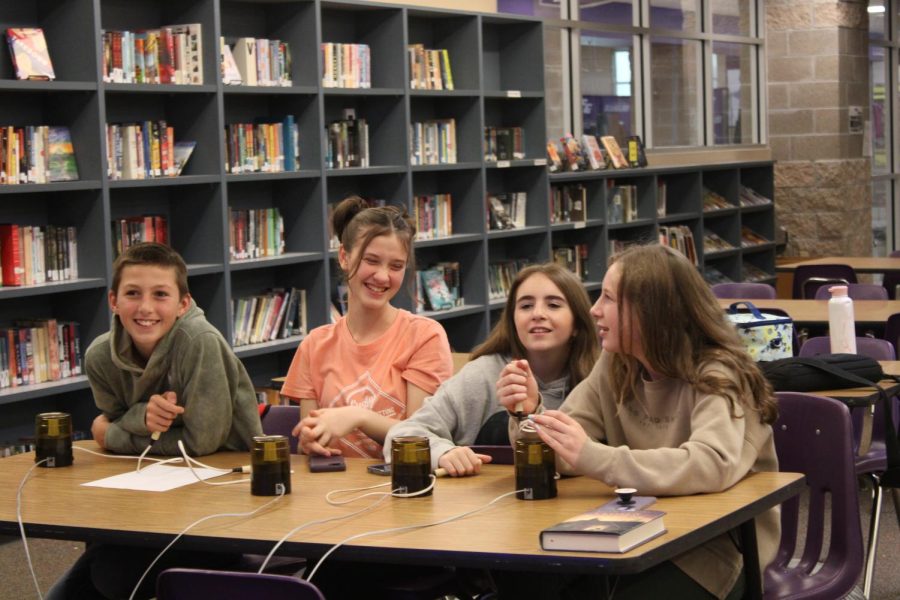 Fresh from competing at Clever Middle School on October 24th, Middle School Scholar Bowl is already on track to compete at the History Bowl Tournament on January 19th, at Marion C. Early.

Led by returning team captains Leigh Beller (8), Madison Crews (8), and Aydan McClinton (8), the team is preparing for their upcoming history tournament. By focusing on their strengths and weaknesses, they are figuring out how they can use their strengths to help balance out and improve their weaknesses.

According to Beller, “Our main weakness is speed, we mostly get our points from bonus questions because we are slow.” Crews confirmed this saying, “We have done pretty well this year, however I feel like we could do better with speed.”

Turning the attention to the team’s strengths, Crews mentioned that they were especially skilled in the pop culture genre as well as fine arts. Using those skills, they can keep their scores high even when they are answering a bit on the slower side.

The team only had three returning students from last year so starting from scratch this year was quite the feat. Luckily, these kids stepped up and got right on track for a great season. Referring to the competition that took place on the 24th of October, Crews shared that, “My teammates and I agreed that we did better than we expected for our first tournament of the season, placing seventh out of fourteen.”

Team coach Chanda Lemon said that her strongest leaders would be her three and only returning players from last year. These are Beller, McClinton and Crews. Naturally, they became captains and the backbone of the team.

The team is excited for the upcoming history competition. Beller said, “I am excited about the History Bowl because it doesn’t matter if you are fast or not (we are very slow). We can share our collective knowledge and become all powerful.”