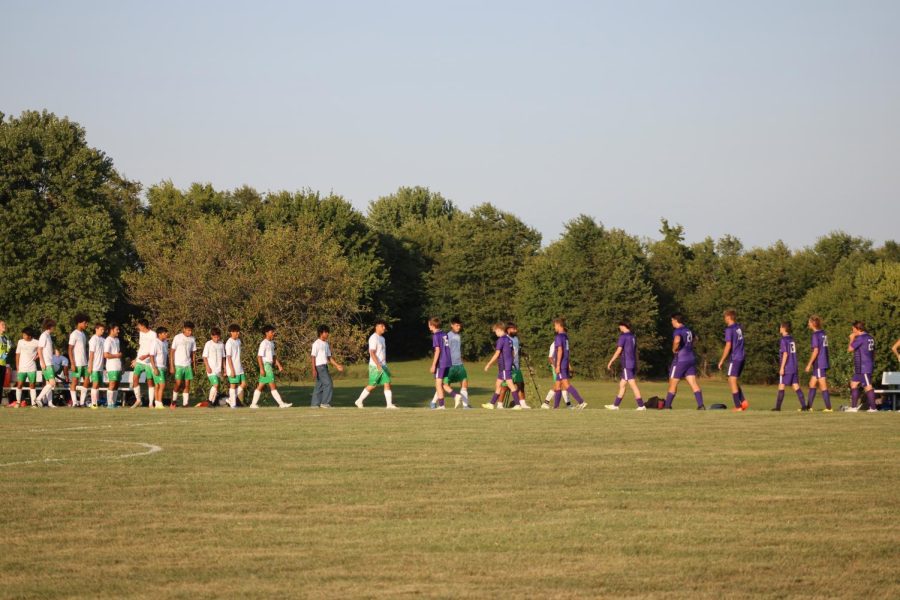 The boys’ soccer season in Fair Grove is ending. Brandon Kandlbinder expressed, “I’m glad we took this year as a learning experience for this young team.”

Though the soccer season is ending, the team is able to recognize what the team is needing to work on for next season. Brandon Kandlbinder (11) is one of the team captains of the soccer team this year. “Next year I hope that we can keep the skills and mindset to win more games and improve the season,” Kandlbinder said. Since he is the team’s captain, he has learned how to become a better leader both on the field and off. Kandlbinder elaborated, “As a captain this year I learned how to communicate more with my team and gain a great knowledge of the game from a different perspective.”

While the team was focused on winning games, they also used the season as a time to get to know each other and create relationships. Sanders mentioned how the team was able to know each other’s advantages and disadvantages. Sanders said, “I feel that the team has accomplished getting to know our strengths and weaknesses this season.” Kandlbinder also mentioned that his favorite part of the season was the team itself. “They are a very hard working group of athletes that all contribute individually to the team’s abilities and skill set,” commented Kandlbinder.

Since the season is almost coming to an end, the players now have a lot of memories to look back on from the previous season. Kandlbinder shared his favorite memory about playing at Greenwood. “My favorite memory from the season was when we played Greenwood. Although we lost that game, it was a building moment for the team,” expressed Kandlbinder.