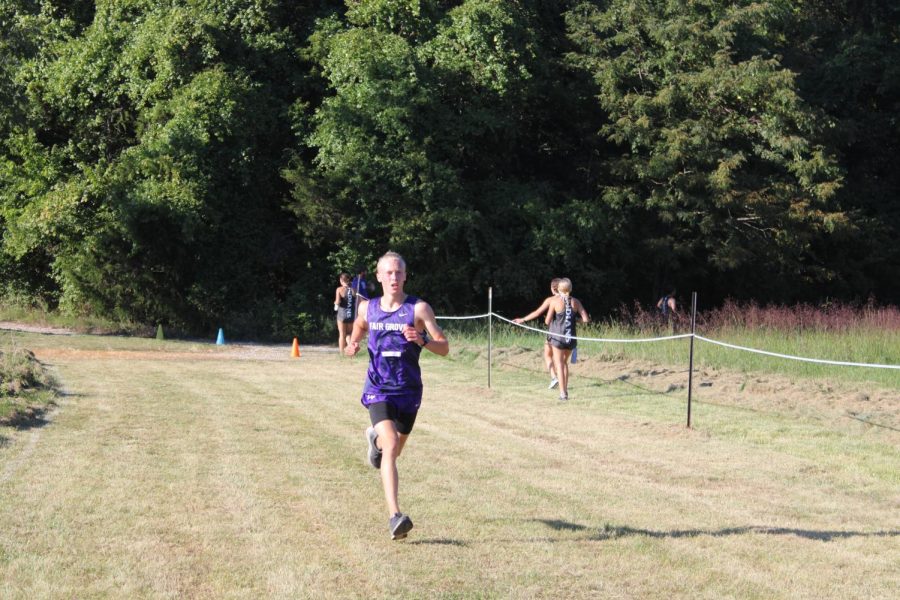 To make it to the state competition, runners had to first perform well in districts. Four students met the requirements. Head Coach Jalen Supancic remarked, “We had four athletes who finished in the top 30, qualifying them to run at the state meet. Nolen Geitz (10) finished 9th, Luke Buescher (11) finished 17th, and Garin Geitz (12) finished 25th for the boys. Audrey Lemon (9) finished 27th for the girls.”

Preparations for districts involved working on running on hilly terrain. Supancic expanded, “In order to prepare for districts, our program plans a difficult schedule with a variety of courses and terrain. Our districts this year were at a location where we were running on a majority of hills and gravel terrain. In preparation, we worked on our hill techniques and prepared ourselves early in the season by starting with higher mileage and sloping off towards the end in order to maximize our potential and ability.”

Every year, the Southwest Cross Country Coaches Association (SWCCCA) announces a few all district teams for girls and boys. This year, Nolen Geitz and Luke Buescher made the Boys All-Region Second Team and Audrey Lemon was an honorable mention for the All-Region Girls Team.

Garin Geitz reminisced about the season, stating that he has never laughed more than he did at state. “A few of my favorite memories are taking ice baths, Braden telling stories on the bus, and anything that we did at state really, it was the most I’ve ever laughed.”

Geitz expressed how grateful he was towards his coaches, describing the impact that they had made on him this past season, “Coach Soup and Coach Mac (Lydia McCormack) taught me a lot this season, yes about work ethic and sports, but more about life. It was a great experience. Lastly, to be a part of a team that whole heartedly cares for you each and every day is special, and it’s hard to come by in this day and age. I can’t thank this year’s cross country team enough.”