Flag on the Field 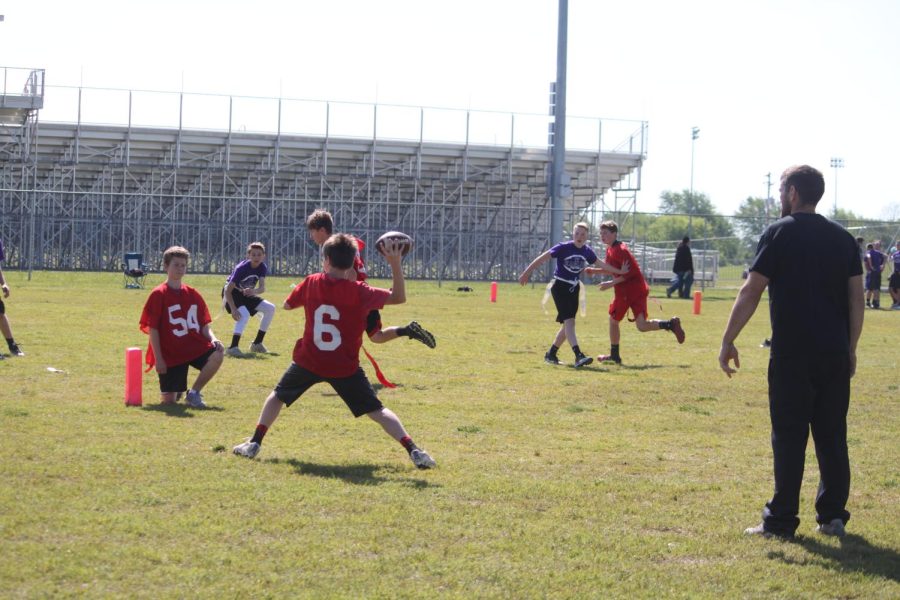 The Park Board sponsored a flag football league as a way for students to be active and make friends outside of school.

This program is relatively new and it gets kids prepared for the next level and lets them get experience with the concept of football. “I think it’s really good for the younger kids who aren’t old enough to play competitively,” said Tasha Smith, the mother of a flag football player.

Getting a child involved in sports at a young age is pretty popular, and flag football opens up an opportunity to do that with exercise without being too physical. “I like to see the excitement of the kids who get to play football. Some of the kids are in kindergarten and they just have a blast running around on the field,” explained Seth Hardison (11), a ref for flag football.

Flag football also offers the opportunity for kids to learn how to work with a group. “It basically just gives them a taste of being on a team, learning the basis, and taking instruction,” said Smith.

Flag football also gives the kids an opportunity to learn how to be coachable, “Christian Overstreet and Matt Peck coached my son’s team and they did a great job at teaching and encouraging them and keeping them organized,” Smith reviewed. Hardison had more to say about this, “The coaching also depends on the age of the kids. Flag football is pre-k to 8th grade. The coaches who coach the older kids have to actually coach and teach the kids plays and how to actually play the sport. The coaches for the younger kids have to just keep them focused while having fun at the same time.”

Fair Grove has a very good environment and that’s important to attract people and keep them involved. “The environment depends on the coach of course,  but from what I have seen it is a great environment for the kids,” said Hardison.

Flag football is not only a great opportunity for the players, but the coaches and refs also appreciate the time spent with these kids. “I’m so happy I got this experience because I get to see all of the kids get to play the sport I love,” said Hardison. “Out of this experience I got another reason to love football like I do.”